Well sort of, let me explain. I was moving my servers to my new rack. I was trying to figure out what to do with my cable modem since it’s not exactly rack mountable. I was going to put it on a shelf, but then I thought, why not put it into my router. Now before you think I’m entirely nuts, let me first say that my router is a pfSense box. So it is just a micro ATX motherboard inside a 2u rack mount case. Now a router does not use a cd rom, and since I was using a flash drive for the os installation, there wasn’t any hard drives to worry about. So I decided to put the modem into the 5.25 drive bays.Since the modem doesn’t fit perfectly onto the drive bay, I needed some way to finish it off. I decided to cut a hole into one of the drive bay covers that came with the case. 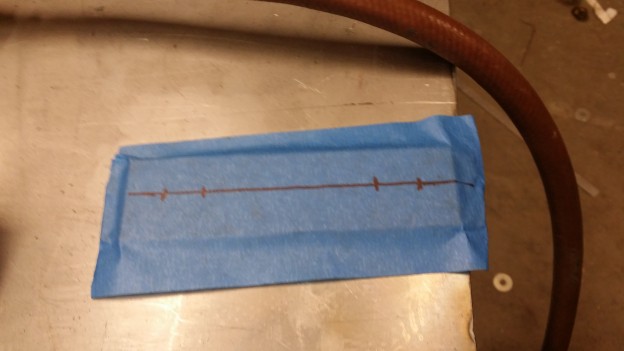 First step was to cover the plate with tape. Not only did this protect the paint, but it made the second step of marking easier. 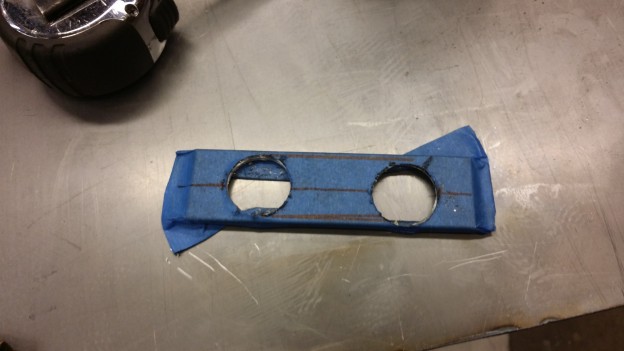 To make the hole look a little better, I used a hole saw to make each end of the soon to be hole round. Unfortunately, my drill press seemed to wander off on one of the holes. 🙁 I guess I’ll have to try to hide it. Now its time to cut out the rest of the material. 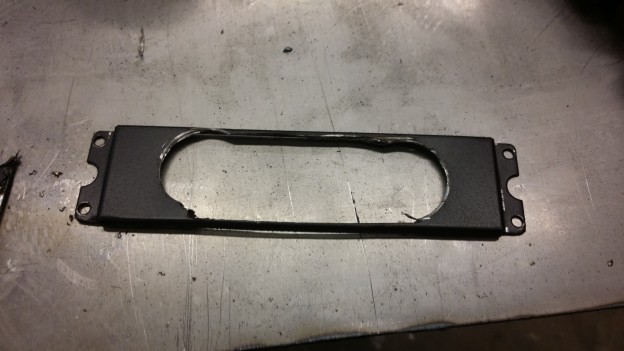 I used a grinder with a cutoff wheel to cut out the center. 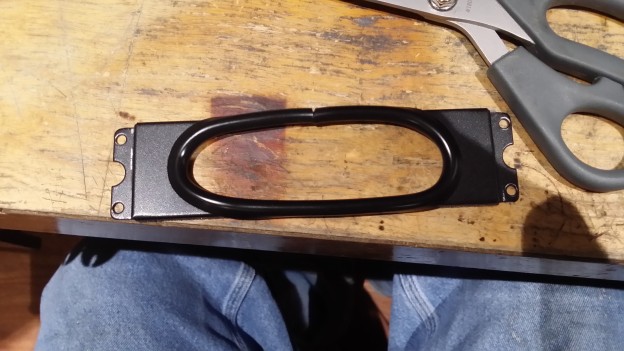 To make the edges look nice, I used some edge molding I had laying around. It didn’t like the tight turns, so I used my hot air work station to make it more pliable. Now you can hardly tell my drill press was drunk. Right???? 🙁 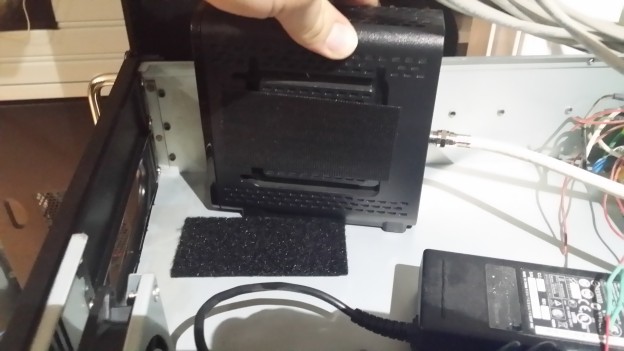 So after installing the bay cover, I had to secure the cable modem. To do this, I just used velcro. But now I have cables coming into the case, If I needed to move the router, this could be annoying. 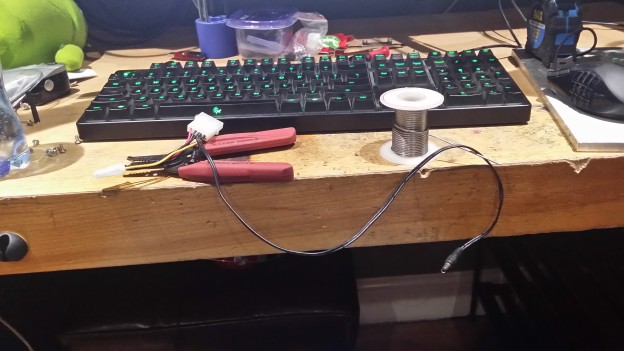 The first remedy is power. Luckily, the modem only takes 12 volts. So I just soldered a barrel jack to a molex connector which will attach to a power connector on my motherboard since it has an internal power supply. 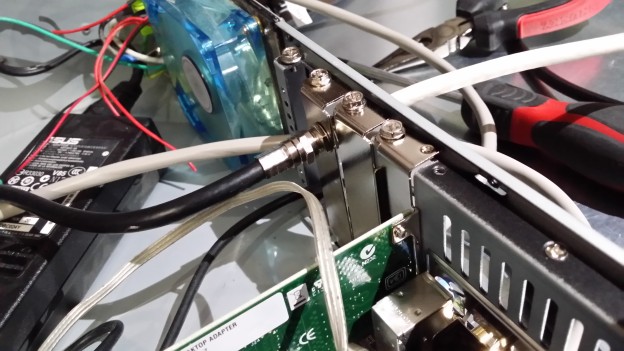 The second remedy is the coaxial cable. I just attached a bulkhead connector to one of the pci cover plates. Then made a short cable to go from this connector to the modem. But what about heat? 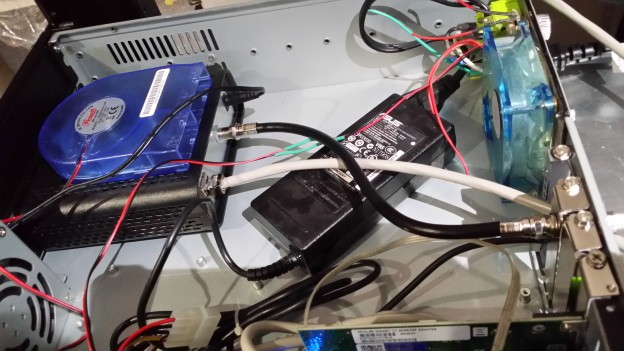 So I hot glued a pci slot fan to the modem. I did rip off the bracket that attaches the fan to the case. Granted, considering it had no cooling, this is complete overkill.

And the final product. 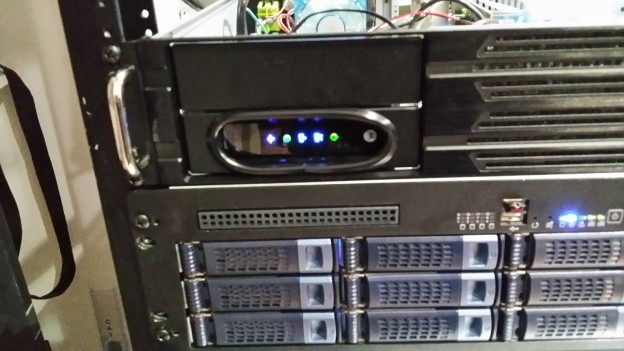