I am currently in the process of shortening a dana 60 to go onto my YJ Jeep. While I am at it, I figured I would add hydro assist. If you don’t know, hydro assist uses a hydraulic ram to help turn your wheels. It takes some stress off of the steering box.

To make my hydro assist, I bought a hydraulic ram from surpluscenter.com It uses swivel eyes for mounting. Unfortunately, these swivel eyes have nothing to keep dirt out. This can lead to grit getting into the swivel eye, which could then lead to premature failure. At first, I thought the best way to fix this problem was to cast my own silicone rubber boots. 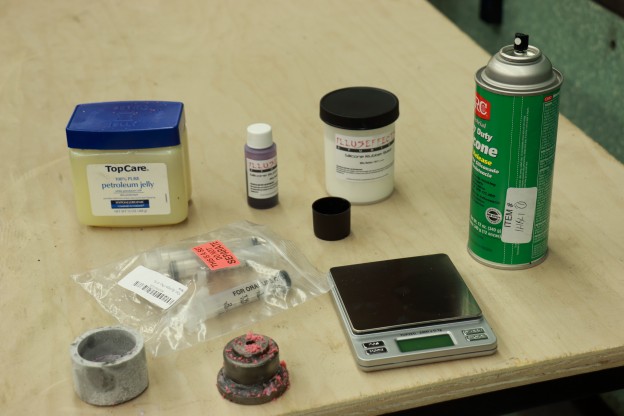 This did show promise, but the silicone was way too soft and it didn’t cast properly. It was then I found tie rod end boots sitting on a shelf. They were perfect, well, almost. The top hole was way too small. But then I remembered a youtube video on Applied Science’s channel.

There, Ben Krasnow used a chiller to cool alcohol down. Then he used the alcohol as a cutting fluid. This chilled the rubber down to the point that it was hard enough to machine.

Now, I don’t have a chiller. But I do have liquid C02 and a freeze plug kit.

Using the freeze plug kits hose, I froze the boots. Then I used a vari bit to drill them out. I used a veri bit because it effectively removed material, but never ripped the boot out of my hand. After the veri bit, I used a 1 inch drill bit to ream out the hole. 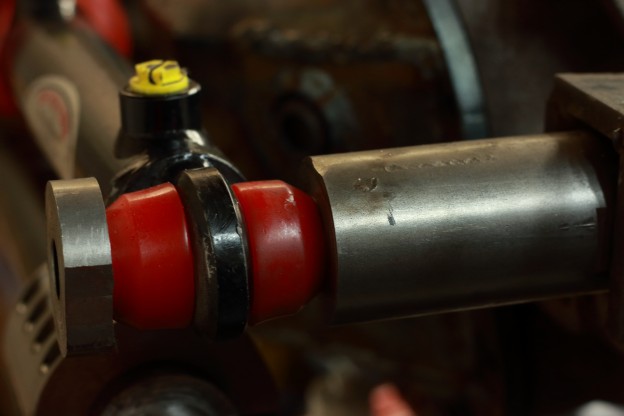 And thas was it. The boots worked perfectly, utilizing free stuff I had laying around. That sure beats the $60 I spent trying to cast my own.

If you want to do this at home, you can pick up a liquid CO2 tank from your local welding supply store. You should also be able to rig up your own hose instead of the freeze plug kit. BUT REMEMBER, COLD TEMPERATURES BURN. Where proper safety gear, like glasses and gloves.